by Margaret Marcuson in Leadership 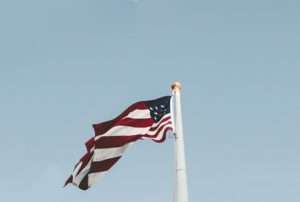 As you know, the US presidential election has been a wild ride. I know I have readers outside the U.S., and I’d love to hear from you. And for those of us who are in the process of voting, it’s fascinating.

Here’s what I know through and through:

You may say, “duh!” However, I think it’s useful to step back and observe the flow of anxiety, whatever your political views. Edwin Friedman in A Failure of Nerve, has a whole chapter called “A Society in Regression.” He talks about the characteristics of chronically anxious families:

Sound familiar? It’s true not just in politics, but in church, education, business, you name it. The media feeds off it and enhances it.

I’ve noticed this reactivity in myself. A couple of years ago I decided not to click on links on social media that tapped my outrage (see this post). I’ve stuck with it—until recent weeks. It’s addictive. I realized that spending time reading about the election was keeping me from my own goals. I’ve cut back, though not completely.

When we are anxious, we are more likely to operate in those five areas. Which do you more often finding yourself doing?

A principled response is always better than an anxious response. Here’s what I’m trying to do:

Regulate my media exposure. I intentionally consume media in a (mostly) thoughtful manner. I try to make choices about which media I consume, when and for how long. I prefer reading to watching or listening (then I can think about it).

Pray.  Months ago I felt called to pray for all the presidential candidates through the primary season. Most days I simply mentioned them all by name to God. I’m still doing it. I haven’t told too many people about it because it seemed a little holier-than-thou, but I feel led to share it now.

I’m also using the Forward Movement’s litany and daily prayer before the election.

Vote. I’m voting for Hillary Clinton for president. I think she is the better choice not only in terms of my own views, but a primary quality leaders need: ability to self-regulate in the face of challenge. I’ll be honest that I’ve not always been a big fan, but to me the choice is clear. And I’ll also be honest and say that to have a viable woman candidate is exciting.

Love. Especially for those who hold positions I dislike (or stronger), I want to practice love.  In 2000 Bill Hybels, pastor of Willow Creek Community Church, invited Bill Clinton to his Leadership Summit. Hybels talked about people calling the church and yelling at his staff. One man said to Hybels, “I hate that man!” Hybels asked the audience, “Excuse me. Did the rules about love change?” I’ve thought about this in recent weeks. I know there are millions of people in this country, some of you reading these words in fact, who disagree with me politically. I want to open my heart to people who hold views I profoundly disagree with.

Edwin Friedman used to recommend you assess the maturity of people in your congregation this way: If they came up to you and said, “How can you say that! That’s outrageous!” that was one clue. If they said, “I disagree with you,” that was another. The latter were the people you wanted in leadership, because their level of differentiation was higher. I want to work on my own growth by saying clearly and calmly, “I agree” and “I disagree.”

One of the most inspiring conversations I’ve had this election season was with Rev. Jeff Coppage, pastor of Covenant Moravian Church in York, Pennsylvania. This fall they’ve had a class on faith and citizenship. Here’s what he said about it:

The goal of the class is to address the election season from a faith perspective that deepens our support for one another even when we know that we are voting for opposing candidates. I remind us weekly that our commitment to one another’s welfare as brothers and sisters in Christ far surpasses our political affiliations. Each week a church member shares a bit of their story about their life as both citizens and follower of Christ. We’ve heard from a German immigrant who grew up in Berlin during the Russian occupation. Her story of emigrating to the US and working “as a white slave” (according to her late husband) for a local doctor’s family was gripping. Then we heard a Vietnam Vet share about his lifelong anguish ties to an incident when a 8 year old boy threw a grenade beneath his army jeep. We’ve heard from a scientist who worked for the NIH, an engineer who is a district school board  chair, and a civil servant with the state government. Each class has provoke more free flowing discussion and questions for the week’s leader than any class I’ve been apart of here. We close each class with a prayer for the “speaker”, our community, and our nation.


I’d love to see more of this kind of conversation in churches around the world.

P.S. For another thoughtful conversation, listen to Krista Tippett interviewing liberal E. J. Dionne and conservative David Brooks for an episode of NPR’s On Being. Here’s the link. Tippett quoted from former Senator (and Episcopal priest)John Danforth:

“If there was a Christian agenda for politics, what should it be? I, for one, cannot be certain. Then one might ask, ‘What does faith bring to politics if not an agenda?’ For me, it brings a struggle to do God’s will that always falls short of the goal. It leavens the competing self interests of politics with the yeast of the Love Commandment, but it seldom fulfills the Love Commandment. It makes us better participants in politics, but not the custodians of God’s politics.”