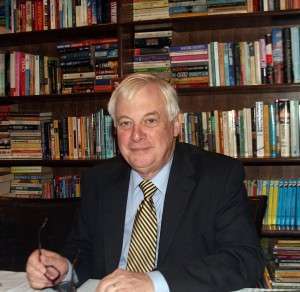 Chris Patten, the last British governor of Hong Kong
To improve your leadership at church: focus on what you can control, not what you can’t. Most church leaders spend a lot of time and energy trying to do the impossible: change others and control the future. Here’s a better use of your time:

Focus on yourself, your own clear thinking and your functioning in your role.

I spent my recent vacation reading about Hong Kong – I recently met a number of colleagues from Hong Kong, and we have a young friend who is teaching there, so it caught my interest.

One book I read was East and West, by Chris Patten, the last British governor of Hong Kong. I was impressed by his clarity about his purpose during his five years as governor. He was clear he wanted to do all he could do to bring as much democracy as possible to Hong Kong before handover to the Chinese. He wished his predecessors had done more, but he knew that was out of his control. He knew he couldn’t control what the Chinese did after the handover. But he worked as hard as he could with as much openness as he could about his purpose, to achieve that. He didn’t get as far as he wanted, but he got a lot farther than others thought he could.

Patten said he had never thought harder about what he believed about political and economic freedom. In that sense, a terrifically hard job was a great opportunity for him. He also had to deal with criticism from all sides without letting that get him off track. The criticism and the international spotlight, in fact, forced him to get even clearer.

Here are three questions to consider about your leadership at church:

Note: I didn’t intend to read about Hong Kong to engage my thinking about leadership. I just thought it would be fun. I recommend reading outside of church and theology, especially on vacation!