How to disarm church antagonists: don’t take them so seriously

by Margaret Marcuson in Leadership, Ministry 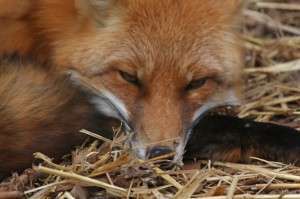 Are you struggling with an antagonist in your church? How we respond to those who seem to be threatening us can be as critical as any inherent threat in them.

Doing a New Year’s book clearout of my shelves, I came across one of my favorite children’s books, Flossie and the Fox. (This wonderful edition by Patricia C. McKissack is still in print almost 30 years later, worth getting even if you don’t have kids.) Most of my kids’ books are long gone, but this one I hold on to. I’ve written about Flossie before, but I think she’s worth a revisit.

Flossie is carrying eggs to her grandmother’s house, and the fox wants them. Rather than panicking, she teases the fox. She first suggests he might be a rabbit because he has thick fur, then a rat because he’s got a long nose, and finally a squirrel because he’s got a long fluffy tail. The fox is outraged and keeps arguing with her. By the time they finish arguing, she has gotten safely to her grandmother’s house, and the dogs are threatening the fox.

What does Flossie have to do with ministry and church antagonists? It always takes two to tango, and when we engage seriously and defensively with so-called “antagonists,” we’re hooked. We play our own part in the dance.

And when we approach them at least a little more lightly, we may find they are less dangerous than we thought, or at least we are less vulnerable.

Here are four tips for relating to the most challenging people in your congregation or parish:

And remember, even powerful antagonists are not as dangerous to you as a wild animal.