by Margaret Marcuson in Ministry 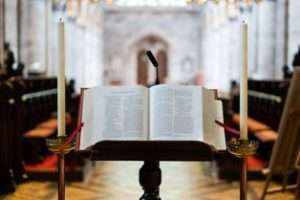 I know what it’s like to preach week after week, year after year.

So as we walk through one of the busiest times in our year, here are three ways I found to make preaching easier.

In addition, when you work in advance, you can put your unconscious to work with no extra effort. I always tried to mostly finish my sermon at least a couple of days in advance. Then when I went back to it, it had magically improved, or I could quickly see how to fix it. (I got this  idea from Kenneth Atchity, A Writer’s Time.)

Preaching is never going to be easy. It shouldn’t be easy. You are standing before God’s people interpreting the Scripture and calling them to live it out more fully. However, if you use these ideas in ways that work for you, it will be easier week by week and year by year.

What about you? What ways have you found to make the routine of preaching easier (or at least workable) for you? Comment below and let me know.